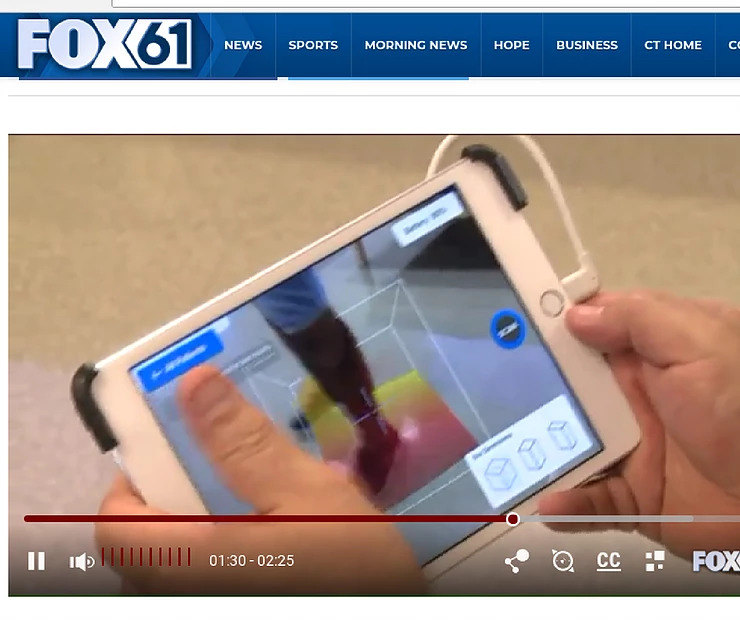 Had a great extra day with the teens at Camp No Limits, Quinnipiac U! Was scanning the kids and making 3D printed covers for their prostheses!

HAMDEN – Quinnipiac University is hosting a program called “Camp No Limits.” It is a place for children and teens and even their families to gain the confidence they need by meeting others who also have limb loss.

One of the teens participating is 16-year old David Botana from Portland, Maine. He is just your average teenager who is about to get his driver’s license but what many do not know is he was born with multiple disabilities.

“I was born missing my radial bone in my left arm and that caused my thumb not to grow, so I was born kind of like this without a thumb,” said Botana.

Botana also suffers from Congenital Scoliosis and VATER Syndrome, a condition that has affected his growth. No matter what, he got behind the wheel Wednesday on a driving simulator.

While his low energy and lack of mobility may get in the way at times, it has not stopped him from riding horses competitively and competing as a Paralympian.

“Being different is also very important. When you can show that you can do what other people can and better than that with your disability so to speak, you can show them that you’re that much more capable,” added Botana.

Instructors were also able to provide a practice vision test where Botana passed with flying colors.

He also met Robert Schulman who is certified in prosthesis and he demonstrated a new technology called 3-D Printing. With the use of the mini iPad, he scanned an image of the person’s leg, uploaded it to a computer program where he was able to customize a size and shape. Read rest of article...